This is a copy of my overview of the Psalms (with apologies to Stevie Wonder) that I presented to Pensioners Praise at Christ Church, Billericay on Monday 7 January 2019. Enjoy the read!

I always find the study of the Psalms to be very exciting, mainly for the reasons they were originally written and compiled. The Psalms are the expressed words of men to God as they responded to the many situations, and dilemmas, in which they found themselves. Situations not too dissimilar to ones in which we find ourselves on a daily basis.

I often hear the comment that the Bible is not relevant to where people are at today, the Psalms have no such problems attached because they are not out of touch with the harsh realities of life, nor do they observe the world through rose-tinted spectacles. They reflect the reality of human experience, warts and all. This is what Charles Spurgeon meant when he wrote that: “The Psalms are to be experienced rather than studied.”

If you were to pick up your bible and hold it in front of you and open it in the middle, the chances are you’ve found the Psalms.  There is a reason why Psalms are in the middle of your Bible and that’s because it’s the heart of the Bible. If the Bible is God’s message to humanity, then the Psalms is humanity’s response to God. I guess each one of us have a favourite Psalm. What might be yours?

The book of Psalms, often known as the Psalter, was written over a period of approximately 1000 years by several writers. Moses, who is credited with Psalm 90, is the earliest of the writers (1400 BC). David (1040 BC) is the most prolific in that Psalms 1- 41 are exclusively attributed to him as well as an additional 30 or so in the rest of the book of Psalms. Solomon (950 BC) is credited with two or possibly three Psalms. Asaph, the sons of Korah, Ethan, Heman and other unknown writers from 900-400 BC are mentioned as the writers of the remaining Psalms.

The entire collection was included in the Old Testament canon as one single book containing 150 Psalms, the longest and most often quoted book of the Bible, 400 years before Jesus appeared.

Book I (Psalms 1-41) Emphasis is on God’s relationship to human beings, vice versa. They correspond to the book of Genesis and the creation story.

Book II (42-72) Emphasis is on God’s relationship to Israel. They correspond to the book of Exodus and God’s rescue of His chosen nation.

Book III (73-89) Emphasis is on the church. They correspond to the book of Leviticus and the Tabernacle and God’s holiness.

Book IV (90-106) Emphasis is on the earth and all that is in it. They correspond to the book of Numbers and Israel’s relationship to surrounding nations.

Book V (107-150) Emphasis is on the Word of God. They correspond to the book of Deuteronomy.

The Psalms are further separated by who they are addressed to. We have an assortment of titles, such as, ‘David, the Chief Musician, the Sons of Korah, Solomon, Asaph, Song of Ascents, Sabbath, Thank Offering, Deliverance,’ and so on. 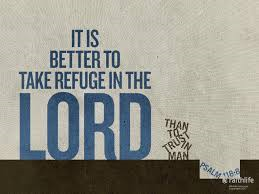 Most scholars agree that there are eight genres of Psalms:

Songs of Lament which lay a troubled situation before the Lord, asking him for help. There are community (Psalm 12) and individual (Psalm 13) laments. This category is the largest by far, including up to a third of all Psalms.

Hymns of Praise which call God’s people to admire his great attributes and deeds. Examples include Psalms 8; 93; and 145.

Hymns of Thanksgiving As with laments, there are community (Psalm 9) and individual (Psalm 30) thanksgiving Psalms and hymns celebrating God’s law (Psalm 119).  Psalms are songs of worship, praise and lament – it’s amazing how many of our hymns are taken directly from the Psalms. They were intended to be sung on a regular basis by the people and not by the Priests as some Jewish liturgy was.

Songs of Confidence which enable worshipers to deepen their trust in God amid difficult circumstances (Psalm 23).

Royal Psalms Which present the Davidic monarchy as the vehicle of blessing for God’s people. Some of these are prayers (Psalm 20), some are thanksgivings (Psalm 21). All relate to the Messiah, the ultimate heir of David, either by setting a pattern (Psalms 20–21) or by portraying the king’s reign in such a way that only the Messiah can completely fulfill it (Psalms 2; 72), or by focusing on the future (Psalm 110).

Historical Psalms which take lessons from the history of God’s dealings with his people (Psalm 78).

Prophetic Hymns It is worth mentioning here that although the Psalms were never written as prophecy, they are prophetic at times. Psalm 2 is a magnificent prophetic panorama of the Messiah’s redemptive career and his return as King of Kings. Psalm 22 is an amazingly detailed prophecy of the suffering and death of Christ in his first advent. Psalm 24 talks about welcoming the King of Glory into Jerusalem. Psalm 110 is a far-reaching prophecy of Christ as a perpetual Priest. Psalm 16 heralds His future resurrection.

Martin Luther suggested that the Psalter is: “A little Bible and a summary of the Old Testament.”

The history of the Israelites and of the Psalter are inextricably linked. The theology of the Psalter includes the Promise of the Covenant, Deliverance, God’s Faithfulness, Results of Disobedience, the History of the Israelites, the Sovereignty of God through Victory Defeat Blessing and Curse, the Laws of God, the Continuance of God’s Grace and so on.

Childs suggests that “… the Psalter is much more than an expression of human struggle, it is a strong and enduring testimony to Israel’s ongoing life with God.”

Further to this, John Stott skilfully sums up the essence of what the theology of the Psalter comprises. He writes:

Its theology is rich and full. It reveals a God who is both the Creator of the world and the redeemer of his people. Moreover, he sustains what he has created and shepherds whom he has redeemed. It is this past and present activity of God, in nature and in grace, which provides the constant theme for the Psalmists praise. Jehovah is not like dead, dumb idols; he is the living God, the Most High God, eternal and omnipresent. He is King. He reigns over the elements and over the nations. He is also a constant refuge, a fortress, and a strong tower where his people may find safety. He has entered into a covenant with them, and he is faithful to his covenant. He has given them his law and expects them to be faithful to it. But, in contrast to God’s eternity and greatness, man’s life is transitory and his size diminutive. Further, he is sinful and liable to sickness, persecution and death. He needs to cry to God for the forgiveness of his sins and for deliverance from all evil.

The Psalter is widely recognised as the ‘Hymnbook of Israel’ but what should not be overlooked, is that it was also a book of poetry and prayer. The secret of the language of the Psalms lies in the fact that many people and many succeeding generations can recognise and utter it as their own prayers. In many ways, the daily use of the Psalms in our lectionary is an extension of this, and a very meaningful one I might add.

Longman writes: “The psalmist cry out to God from the context of their intimate covenant relationship with God and they call on others who know God’s love to do the same.”

Childs suggests: “The Psalms reflect the most concrete human experiences possible, but always in relation to the object of its praise and complaint, who is God.”

Van Gemeren suggests rather incisively: “The Book of Psalms is God’s prescription for a complacent church, because through it he reveals how great, wonderful, magnificent, wise and utterly awe-inspiring he is.”

Southwell writes: “The familiar words of Psalm 95 (the ‘Venite’ of the Anglican Prayer Books) remind us, when we sing aloud to God, to recall his greatness and supremacy over all things; to kneel in worship; and to hear and heed his words lest we incur his displeasure. God is to be worshipped … and the whole earth is to tremble before him.”

There is, without any chance of over exaggeration, an enormous wealth of theological enlightenment held within the Psalms. We see the commitment of the Faithful, Sovereign God to his people despite their failings and shortcomings. We see the benefits and advantages of living under and responding to God’s Law’s.

We see outlines and guidelines for prayer and worship that are well worth replicating.

Seybold suggests the Psalms are an: “… instruction manual for the theological study of the divine order of salvation and for meditation.” A statement which I am inclined to agree with!

Peterson goes further and says that the Psalms: “… are not provided to teach us about God, but to train us in responding to him.” This, I would suggest, is the essence of what the study of the Psalter is all about, both individually and corporately.

The Psalms appeal to the whole person; they demand a total response. The Psalms inform our intellect, arouse our emotions, direct our wills and stimulate our imaginations. When we read the Psalms with faith, we come away changed and not simply informed.