Proceeds from this event amounted to £600.00, made payable to the Purple Community Fund. Sales from the PCF stall on the day amounted to £265. 49.

My rescheduled tenth annual Gig in the Garden takes place on Sunday 22 August 2021.  We have three fabulous artists to enjoy with a mixture of Americana/Country, Folk/Blues, Swing/Jazz/Reggae and classic songs as we welcome back to Billericay the fabulous Robert Vincent, along with Anna Corcoran, introduce the vibrant Georgia and the Vintage Youth and the excellent Joe Slater. It really is a very talented line up.

TICKETS We have kept the ticket price low – despite a truly awesome line-up. Prices in brackets will be ‘on the door’ if there are any available on the day (be sure to check in advance).

PROCEEDS From this event will be given to the Purple Community Fund working in The Philippines. I spent three weeks there in July/August 2019 working alongside some of the poorest and most disadvantaged people in Asia, many of whom live on the largest rubbish dump in the world. 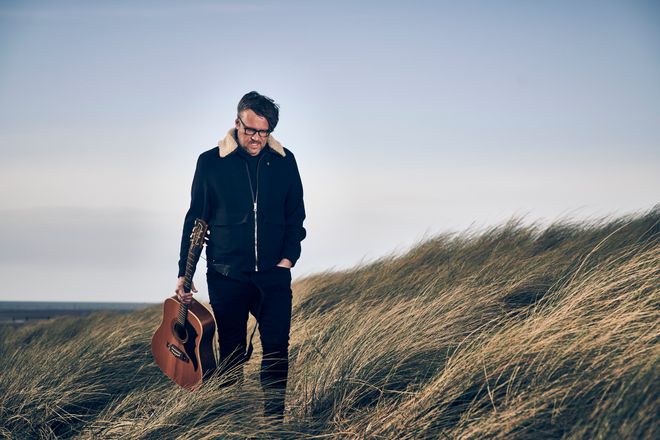 Robert has played twice before in Billericay before meteoric rise within the UK Americana scene. Robert will be accompanied by Anna Corcoran. Robert is one of my favourite artists and I can guarantee that we’re in for an outstanding live set to finish.

Since his debut album ‘Life in Easy Steps’ in 2013, Robert Vincent from Liverpool has been one of the most acclaimed new voices in Americana, Country and Folk. Having received the inaugural Emerging Artist Award from ‘Whispering’ Bob Harris in 2016 – who described Vincent as “absolutely magnetic”, Vincent was then invited onto BBC4’s ‘Old Grey Whistle Test: For One Night Only’. That performance marked a real breakthrough for Vincent, establishing him as one of the UK’s leading lights in Americana and propelling him to #1 in the iTunes Country chart.

“People say you should just stick to music and keep your opinions to yourself but I find that entirely the opposite of what song writing should be” explains award winning singer-songwriter Robert Vincent of his third album ‘In This Town You’re Owned’, “but we should be the ones that are bothered by what goes on in society.” On ‘In This Town You’re Owned’, Vincent returns with his most relevant album to date, produced by Brit Award winning Ethan Johns – who has won acclaim for his production work with, amongst others, Paul McCartney, Ray LaMontagne and Laura Marling.

On ‘In This Town You’re Owned’ more than before, Vincent deals in hard truths and easy melodies, furthering the tradition of classically crafted song writing asking the difficult questions about everyday emotions. “I’m just really interested in the human condition and how people react to things.” ‘In This Town You’re Owned’ is Vincent at his most contemporary, and with a bigger scope of vision than ever before.

Since first catching the attention of Radio 2’s legendary presenter Bob Harris back in 2016 Robert has received a plethora of awards and endorsement. He has now established himself both here in the UK and over in Nashville USA as a real force to be reckoned with.

Accompanying Robert, will be singer/ songwriter Anna Corcoran – who is an award willing musician/singer/songwriter in her own right. Originally from Formby Merseyside, Anna graduated from Goldsmiths college in 2005, with a Bachelor of Music degree. She is currently studying for her MA Voice Pedagogy: Professional Practice with Voice Workshop University of Wales, Trinity St David. Alongside her own performances, Anna is a highly experienced vocal coach, choir director and arranger, specialising in pop and jazz vocals. Her choral arrangements of popular classics have been performed nationwide by children’s choirs in theatres and concert halls including Queen Elisabeth Hall, Royal Festival Hall and The Sage Gateshead.

In 2013 Anna was nominated for Female Artist of The Year at The Liverpool Music Awards.

In 2016 Anna released her debut album Easier Than Falling featuring her stand out single ‘The Show’ which received national radio play on BBC Radio 2 and BBC 6 Music. A live performance of The Show also featured in BBC One Drama ‘Moving On – Madge’ featuring Hayley Mills.

A short hiatus after Anna’s daughter arrived proceeded the release and tour of Easier Than Falling and the years that followed have seen Anna become an acclaimed session musician, composer, choir director and vocal coach.

Anna is a permanent member of Robert Vincent’s band and has featured on all three of Robert’s studio albums, Life in Easy Steps, I’ll Make The Most of My Sins and In This Town You’re Owned.

In 2020, Anna was invited to perform on a charity single curated by legendary broadcaster Whispering Bob Harris celebrating 60 years since the release of Stand By Me. Fellow collaborators included Mark Knopfler, Rick Wakeman and Roseanne Cash.

In Jan 2021, Anna was announced as the winner of UK Instrumentalist of The Year at the Americana Music Awards UK. This nomination was following her performances on AMA double award winner Robert Vincent‘s album In This Town You’re Owned and Laura Marling’s Grammy and Mercury Music Prize nominated Song For Our Daughter. Both albums were produced by award winning producer Ethan Johns.

Georgia and the Vintage Youth

Georgia Crandon and her retro-pop band “The Vintage Youth” have established quite a reputation in their homelands of Essex and London – but that story is about to get bigger. In 2019 they took to the road, playing to thousands on a 50 date UK support tour – including a finale performance at The Royal Albert Hall. Major festival appearances included The Isle of Wight, Cheltenham Jazz and Cornbury.

Momentum was interrupted in 2020 due to Coronavirus. But Georgia, signed to NEW management is about to set 2021 on fire, following the successful release of her new EP – Overthinker.

The sound is fresh – with immediate youthful appeal, yet echoes the vocal rawness of Janis Joplin, the flamboyance of Marc Bolan and a nod to the wonderful tones of Amy Winehouse.

2021 sees live shows booked at The Jazz Cafe plus main stage festivals at Weyfest 2021 supporting Soul 2 Soul and The Dualers. She also has a new compilation CD being distributed in japan

2022 sees the band touring her debut album (currently in production) in Germany, Japan (TBC) The UK and further plans of a 3 city tour of China.

PIXIE LOTT has backed a singer with an ‘Incredible voice’ for stardom.. described as ‘refreshingly different.
Evening Standard

This girl is super cool. A Nano second ahead of the Pulse
BBC Radio Essex 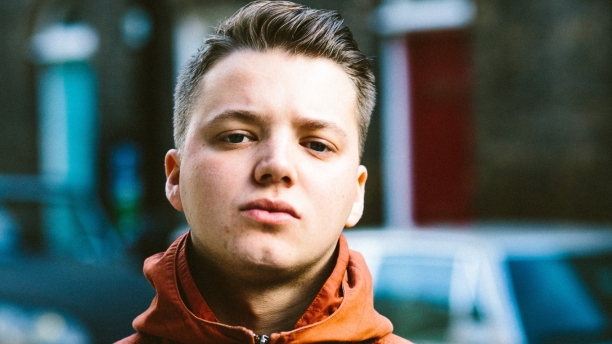 Hailing from Croxteth, Liverpool, and at just 24, Joe has a wise head on young shoulders. He says: “Its not about the past it’s all about the future. Real music is about passion and feeling. I want people to feel my music.” When you see him, you’ll know what he means!

Joe delivers a smooth saturating blend of rock, blues and soul that is well beyond his years. Joe’s songwriting and unique vocals take listeners on a journey comprised of energetic sing-alongs and anthemic ballads, full of interior and reflective moments that only the greats could inspire. With 6 instruments under his belt and musical inspirations from The Beatles, The Boss, Dire Straits, Bob Dylan and Oasis … Joe blurs the lines between Blues, Soul and Rock ‘n’ Roll.

Joe recorded with Rock ‘n’ Roll royalty. His ‘State of the Ark’ EP was produced by ” Kipper” (Sting and many more), engineered by Cameron Craig (Adele and many more) and Mastered at Abbey Road Studios.

Since the release of ‘Lady’ in November 2018, Joe has been on an exciting journey. He  was picked up by BBC Radio 6, released his EP on British Airways, became Caffe Nero’s Artist of the Month, secured a residency at The Hard Rock Hotel; Marble Arch and headlined two sell-out shows in London and Liverpool. Joe released the ‘Lost In Time’ EP late 2019 and Joe’s single ‘To The Creator’ is number two in my top songs of 2019.

Joe is making serious waves in London, having performed at the first year anniversary of The Ned, the launch of Soho House White City and on London Live TV (see below). Last summer Joe performed with his band at a series of major festivals including The Isle of Wight, Cornbury, Bootle and Liverpool International Music Festival. He is a resident artist at the new Hard Rock Cafe, Oxford Street and opened for The Christians at the famous Cavern Club, in his home town of Liverpool.

Lady carries such absolute conviction you can’t help but get swept up in its gravitational pull. He’s clearly a man on a major musical mission. Tom Robinson, BBC Radio 6

One To Watch.
The Liverpool Echo

He has a total grasp on the most stunning vocals and lyricism. (…) he is just so unbelievably talented, soulful and natural in his delivery and form. His voice and aura just fills the space. The Music Site

COVID-19 There will be a reduced number of people in attendance as we seek to follow whatever government guidelines may be in place in August. It’s a possibility that numbers may increase nearer the time.

PLEASE DO NOT ATTEND IF YOU ARE EXHIBITING ANY COVID-19 SYMPTOMS.

PLEASE ENTER The Rectory Garden via the small gate to the left of the Rectory on Laindon Road, not by the gate next to the Community Garden / Car Park, as this will be locked!

PARKING You can park in Emmanuel church (next door) which is just a short walk from the Rectory. There is also parking on the High Street or in the car park behind Iceland.

FOOD & DRINK As with other outdoor events here at The Rectory, you are encouraged to bring along a picnic to enjoy – alcohol allowed!

SEATING No seating is provided. Please bring a blanket or a fold-up garden chair (and something warm to wear – just in case!!) Please note, because of limited space, no tables, gazebo’s or parasols are permitted. Please be sure to take all your litter home with you.

PLEASE NOTE This is a listening event rather than a talking event. Please read Shhh … there’s a band playing!