18 JULY 2022. Thank you to those of you who attended this event, it really was a great event and a special thankyou to Joe Anderton who stepped in at very short notice for Joe Slater who went down with COVID,  FYI, £300 proceeds were given to the Purple Community Fund and £100 to Brighter Opportunities for Special People (BOSP)

STOP PRESS 11 JULY 2022 Due to expected record temperatures of 35′ plus on Sunday, we have made the decision to move this event indoors to Emmanuel Church (this was always plan b – but usually for rain not for excessive sunshine!). This will make for a much more comfortable experience for the musicians as well as yourselves. There’s no need to bring a chair with you and picnic’s are still allowed (but be careful with the red wine on the carpet!).  We’ll have plenty of ice available for you too!

My eleventh annual Gig in the Garden takes place on Sunday 17 July 2022. We have three great artists to enjoy with a mixture of Blues/Rock/Soul/Americana and classic songs as we welcome to Billericay the fabulous Connor Selby and his band, supported by (and back by popular demand) the wonderful Joe Slater and upcoming Billericay artist Genevieve Johnson. It really is an extremely talented line up.

TICKETS We have kept the ticket price low – despite a truly awesome line-up. Prices in brackets will be ‘on the door’ if there are any available on the day (be sure to check in advance). 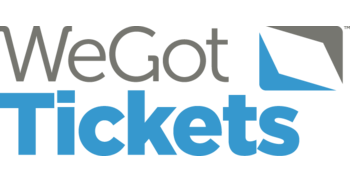 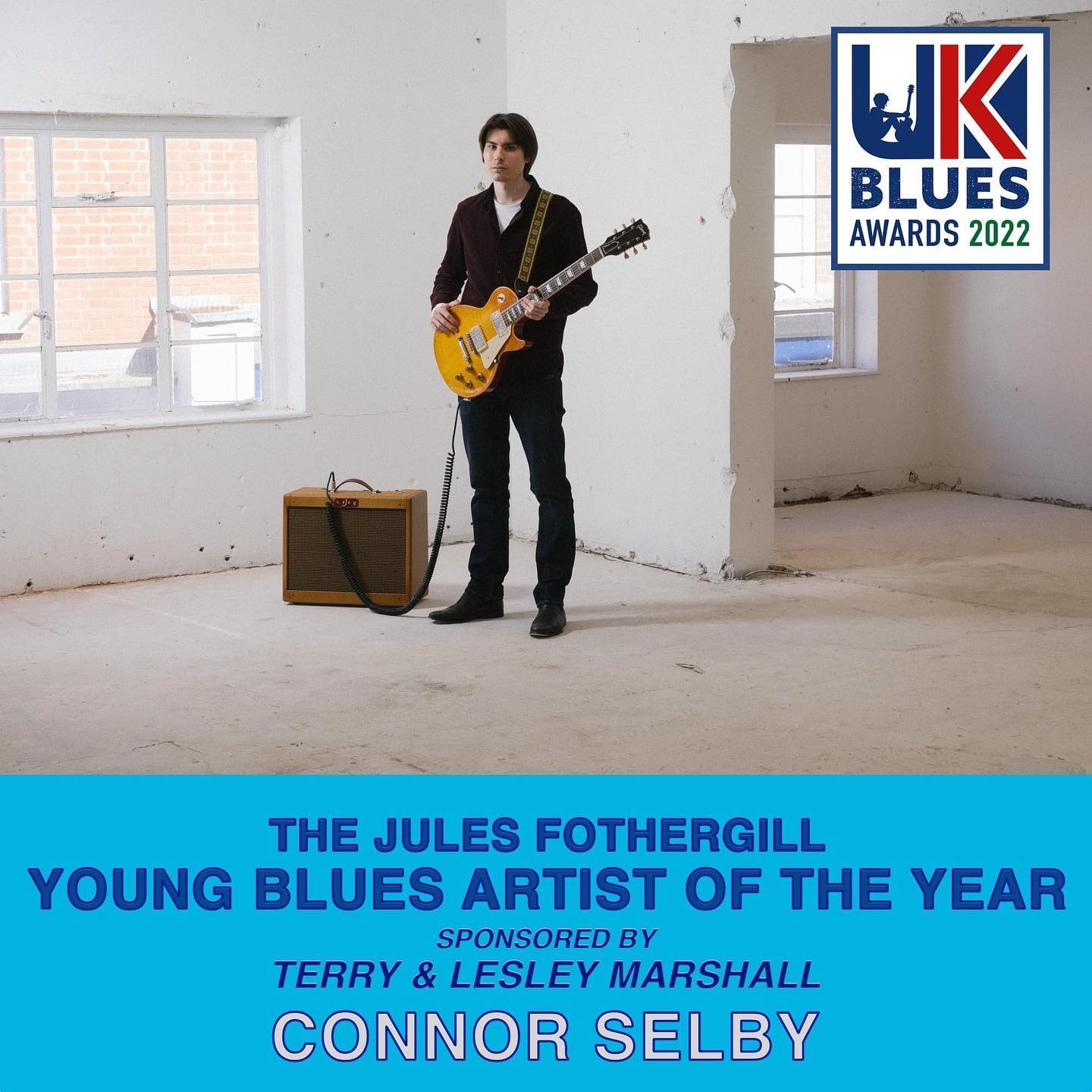 Billericay’s own Connor Selby is a rising British star in the traditions of Eric Clapton and Peter Green. Selby has already performed with his band at Wembley Stadium, at the age of 22, supporting The Who. He is also going to be supporting Pearl Jam at the BST in Hyde Park on 8 July. This guy has serious talent.  Voted the “Young Artist of the Year” in the 2020 and 2021 and 2022 UK Blues Awards, the young bandleader-guitarist-vocalist draws on influences as diverse as Eric Clapton, B.B. King, Ray Charles, Free and Nick Drake, creating a soulful blend of hard-hitting blues and emotional, introspective song writing, which, at times, evokes a modern take on the best of the British blues boom of the 1960’s.

This album is a tour-de-force! It fuses a potent mix of Blues, Gospel and Hammond Organ to great effect. Definitely one of my favourite albums of 2021. I can’t want to see some of these songs played live to an appreciative audience.

This album should further cement Connor’s reputation as one of our brightest young talents; a talent who has already garnered invitations to tour with not only with legendary Bluesman John Mayall but also a UK stadium tour with the aforementioned The Who.

The more observant among you will remember that I Can’t Let You Go was No:4 in my best 20 songs of 2021. 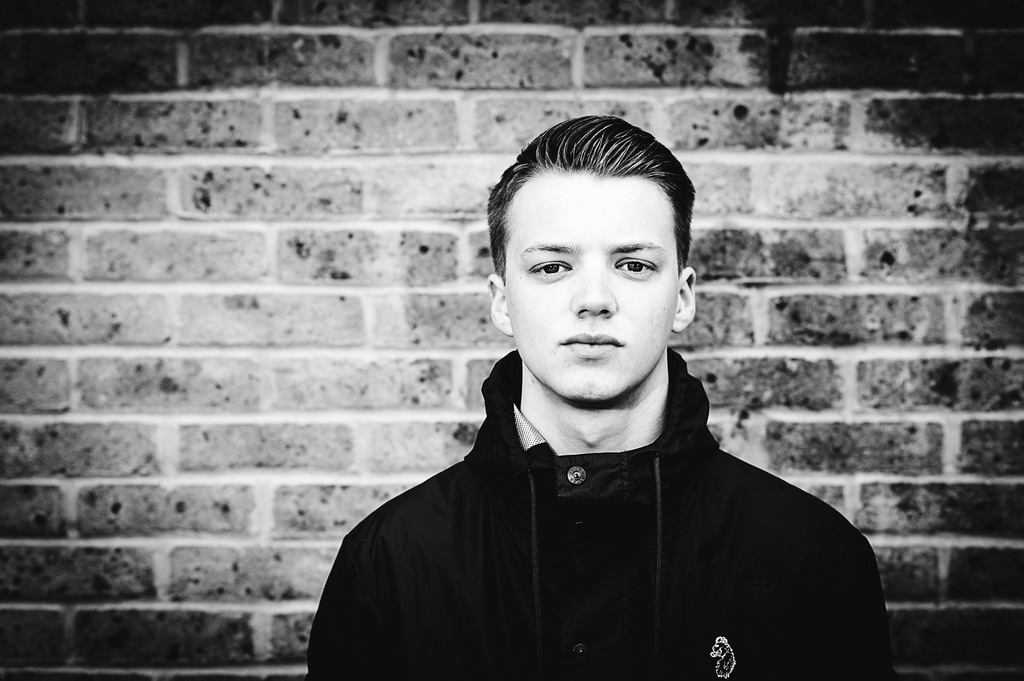 Joe played a cracking set in 2021 and it was a no brainer to invite him back to play a longer set this year. Hailing from Croxteth, Liverpool, and at just 25, Joe has a wise head on young shoulders. He says: “Its not about the past it’s all about the future. Real music is about passion and feeling. I want people to feel my music.” When you see him, you’ll know what he means!

Fresh from playing at the world famous Bluebird Cafe in Nashville (yes, seriously!), Joe delivers a smooth saturating blend of rock, blues and soul that is well beyond his years. Joe’s song writing and unique vocals take listeners on a journey comprised of energetic sing-alongs and anthemic ballads, full of interior and reflective moments that only the greats could inspire. With 6 instruments under his belt and musical inspirations from The Beatles, The Boss, Dire Straits, Bob Dylan and Oasis … Joe blurs the lines between Blues, Soul and Rock ‘n’ Roll.

Joe recorded with Rock ‘n’ Roll royalty. His ‘State of the Ark’ EP was produced by ” Kipper” (Sting and many more), engineered by Cameron Craig (Adele and many more) and Mastered at Abbey Road Studios.

Since the release of ‘Lady’ in November 2018, Joe has been on an exciting journey. He  was picked up by BBC Radio 6, released his EP on British Airways, became Caffe Nero’s Artist of the Month, secured a residency at The Hard Rock Hotel; Marble Arch and headlined two sell-out shows in London and Liverpool. Joe released the ‘Lost In Time’ EP late 2019 and Joe’s single ‘To The Creator’ is number two in my top songs of 2019.

Joe is making serious waves in London, having performed at the first year anniversary of The Ned, the launch of Soho House White City and on London Live TV (see below). Last summer Joe performed with his band at a series of major festivals including The Isle of Wight, Cornbury, Bootle and Liverpool International Music Festival. He is a resident artist at the new Hard Rock Cafe, Oxford Street and opened for The Christians at the famous Cavern Club, in his home town of Liverpool.

Lady carries such absolute conviction you can’t help but get swept up in its gravitational pull. He’s clearly a man on a major musical mission. Tom Robinson, BBC Radio 6

One To Watch. The Liverpool Echo

He has a total grasp on the most stunning vocals and lyricism. (…) he is just so unbelievably talented, soulful and natural in his delivery and form. His voice and aura just fills the space. The Music Site 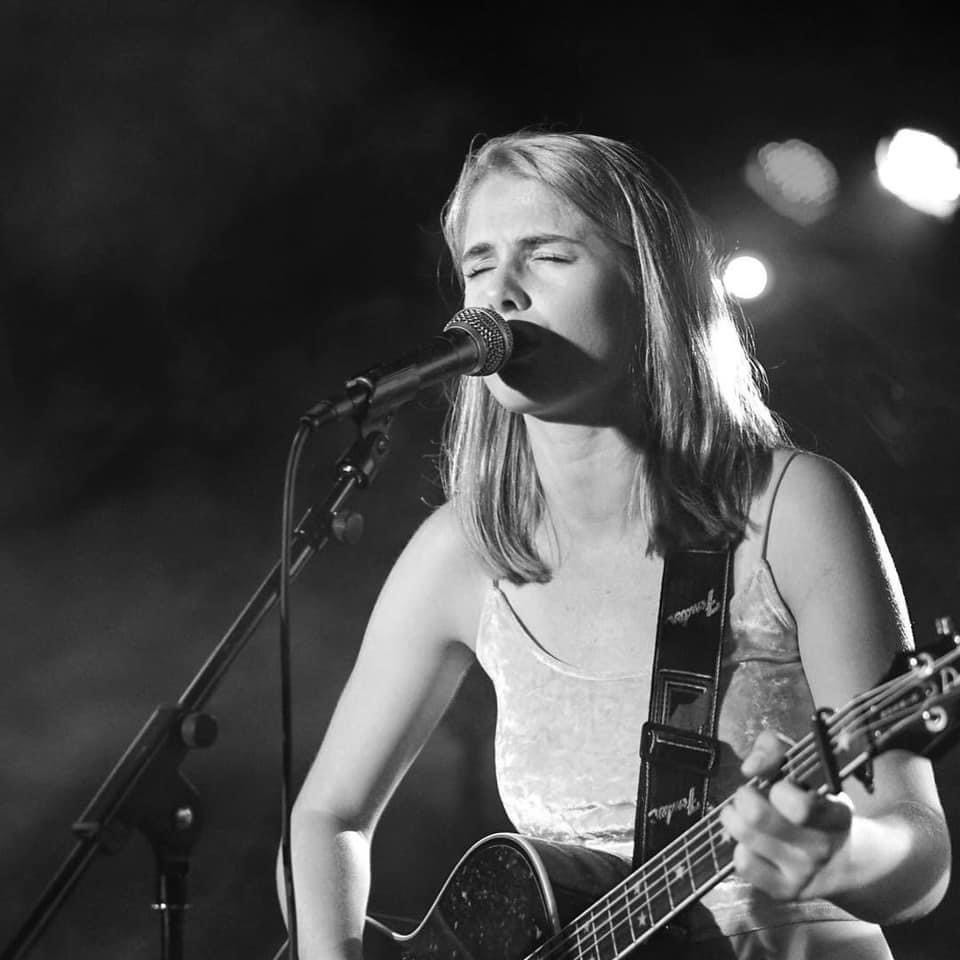 Many of you know I always like to give local artists an opportunity to play before an appreciative audience. This year I’m pleased to introduce Genevieve Johnson as our opening act.

Genevieve is a 21 year old Singer, Guitarist and Songwriter. She is originally from Billericay, but studies Music Performance and Production at the University of Kent, graduating in July 2022.

Genevieve performs at a variety of venues in and around the Kent and Essex area. Her set consists of well known covers and her own original material. She won “Battlelines”, a song writing competition based in Southend-on-Sea, Essex, in 2019. Some of her tracks are available on Spotify and she is currently in the process of writing a 4 track EP. Her influences include Newton Faulkner, Amy Winehouse and Jack Johnson to name a few.

PLEASE ENTER The Rectory Garden via the small gate to the left of the Rectory on Laindon Road, not by the gate next to the Community Garden / Car Park, as this will be locked!

PARKING You can park in Emmanuel church (next door) which is just a short walk from the Rectory. There is also parking on the High Street or in the car park behind Iceland.

FOOD & DRINK As with other outdoor events here at The Rectory, you are encouraged to bring along a picnic to enjoy – alcohol allowed!

SEATING No seating is provided. Please bring a blanket or a fold-up garden chair (and something warm to wear – just in case!!). Because of limited space, no tables, gazebo’s or parasols are permitted. Please be sure to take all your litter home with you.

DOGS No dogs are allowed.

PLEASE NOTE This is a listening event rather than a talking event. Please read Shhh … there’s a band playing!

PROCEEDS From this event will be given to the Purple Community Fund working in The Philippines. I spent three weeks there in July/August 2019 working alongside some of the poorest and most disadvantaged people in Asia, many of whom live on the largest rubbish dump in the world. 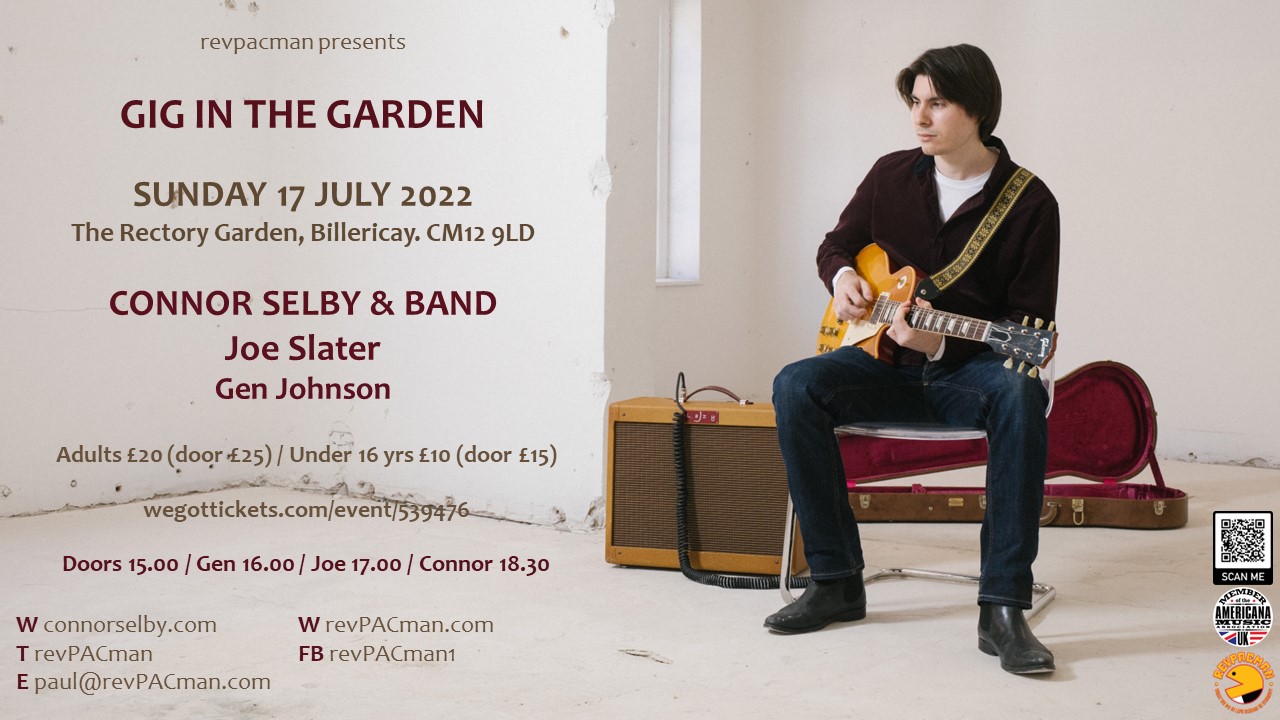 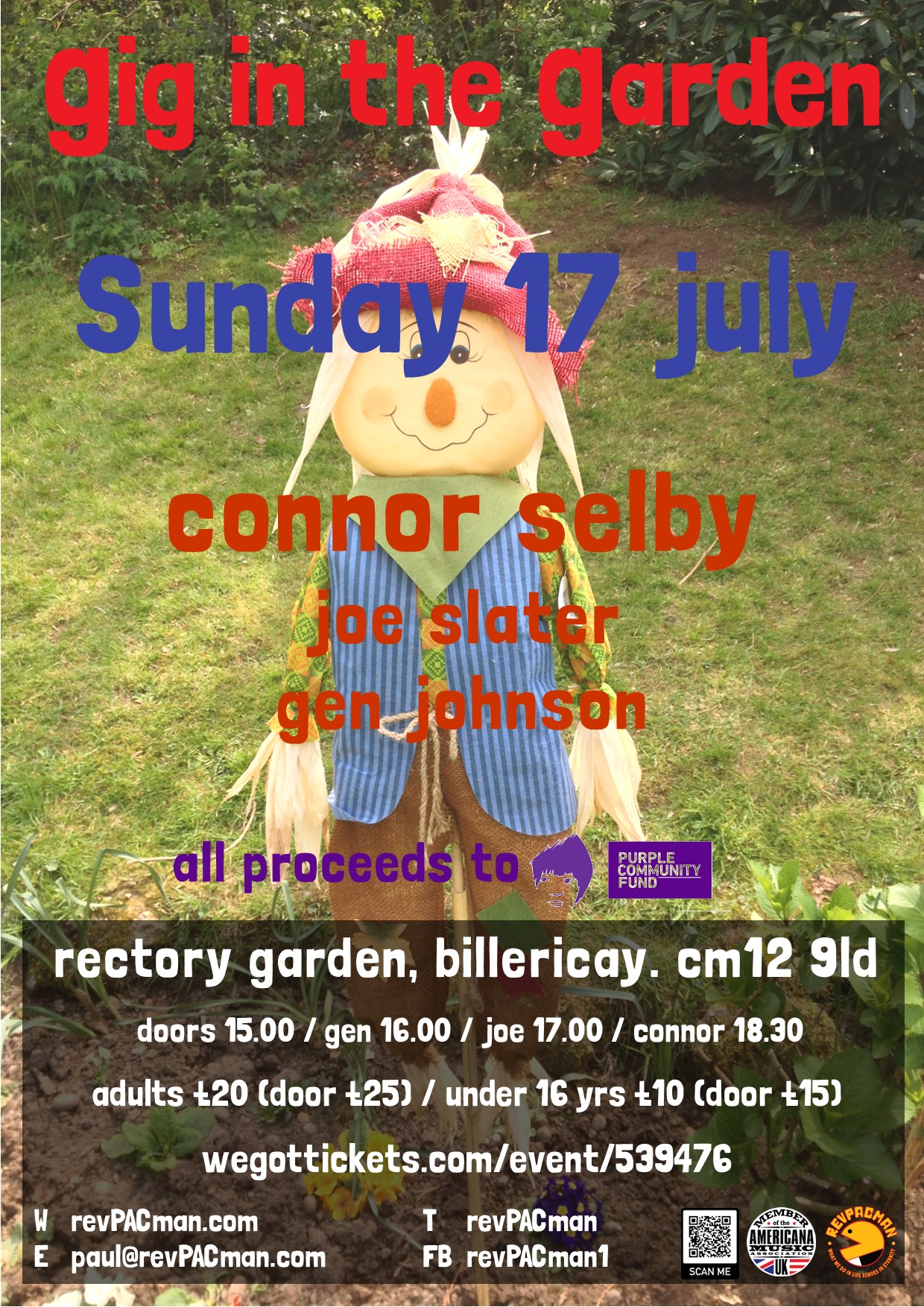